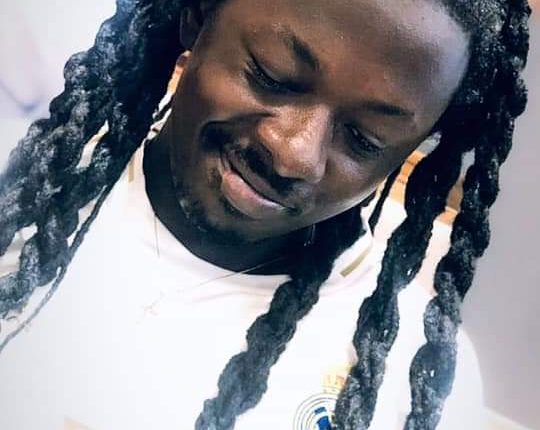 Ghanaian record producer iPappi who is based in Kumasi has secured a publishing deal with Sony Music UK through Palm Wine Music Limited. This feat makes him one of the few producers to ink a deal outside Ghana aside the legendary producer Killbeatz.

READ ALSO: Juju Is Not Bad – Sarkodie Reveals And Here Is His Reason The publishing deal seeks to catapult the genius producer onto the world‘s mainstream entertainment and also introduce him to a wider audience across the world as well as exposing him to other juicy opportunities. The deal permits Sony Music to license and exploit the producer’s contents and collect returns made from his musical exploits on behalf of the Kumasi based producer, iPappi.

READ ALSO: Medikal And Fella Makafui To Donate Items to Support The Fight Against Coronavirus

In a Twitter post, the elated producer said “I feel good and it hasn’t been easy. Coming from Kumasi which is not even easy to breakthrough in Ghana and getting a publishing deal is sort of hard work for me. I feel my dedication towards my work has played a major role as well”, READ ALSO: Shatta Wale Throws A Challenge To Producers, The Winner Get 2000 Cedis.

The super producer is about to release his star-studded Extended Playlist (EP) which features top Ghanaian and other artistes on the continent of Africa who are changing the music scene with their creativity. He is the brain behind the productions of monster hits in Ghana like Stonebwoy’s Ololo featuring Nigerian Afrobeats star Teni and Bow Down featuring South African rap star Nasty C, Kojo Cue’s Up and Awake featuring young rap genie Kwesi Arthur.