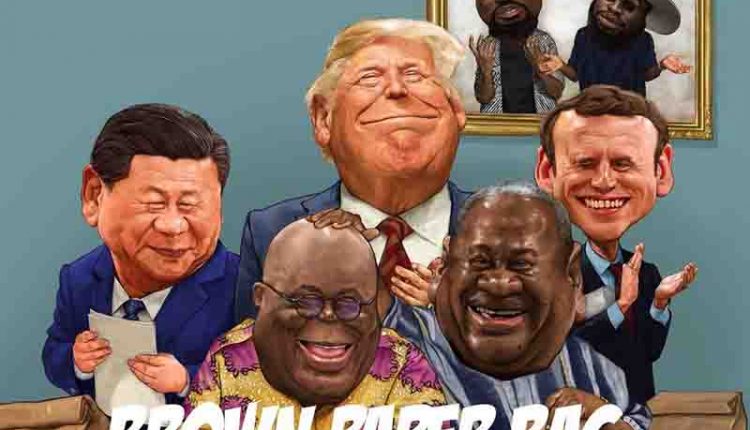 The Black community woke up to the heartbreaking news on the murder of a 46-year old African-American, George Floyd. The Black American was killed during an arrest for allegedly using counterfeit bills. This sparked outrage among the black communities across the world who hit the streets in a protest to express their displeasure with the theme BLACK LIVES MATTER.

African rap heavyweights Sarkodie and M.anifest join forces to show their solidarity with the Black community in a classic record Brown Paper Bag to educate the black community on the looming danger ahead of us which has already started with police brutality meted on to the Black community in the Diaspora and also urged African leaders to make the African economy independent on the Western world as this is the only way to reclaim our lost glory.

The visuals of the campaign song shows excerpts from speeches made by the freedom fighter Marin Luther King Jr, the invitation of Queen Elizabeth to Ghana and protests staged by the Blacks in the diaspora in their fight for equal right.

Watch the video below

READ MORE: B.E.T Awards Nominations Out! Ghana Is Out Again.

Few hours after the release of the legendary collaboration, it peaked on #11 of Worldwide trends after peaking #32 hours earlier.